The Move From San Diego To NYC

According to a survey by the American Community Survey, more and more(young) are looking to move to New York. Moving across the country from San Diego to New York is indeed a big leap. 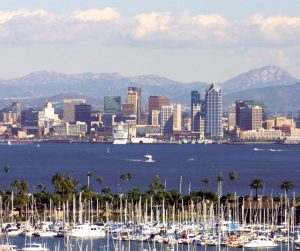 San Diego is the 9th largest city in the United States and hosts a population of approximately 1.4 million people. San Diego is home the Hotel Del Coronado, the largest wooden structure in the country. The city is popular for its pleasant weather and an ambiance that is more relaxed, compared to the bustling New York City.

New York is a city that is literally bursting at its seam with busy people, bright lights, never sleeping streets and plenty of cultural and business activities. New York is the most populous city in the country and hosts up to 8,175,133 people. New York City is also home to some of the most renowned museums, parks and monuments in the country including the Statute of Liberty, Times Square, the Metropolitan museum of Art.

State to state moving is possible by road, flight and train. Using the services of long distance movers for interstate moving is a good idea and sometimes the most viable option if you are moving with plenty of things. It is much safer and in the end, less tiring. Traveling by road or rail allows you the rare opportunity to marvel at the beautiful sights along the way between San Diego and California. On your way from San Diego to New York be prepared for a constantly changing landscape. You will get a glimpse of vast farms, interspersed by desert and grassland; you will also come across small towns, mountain ranges and valleys. A couple of reasons why you should move to New York City are: 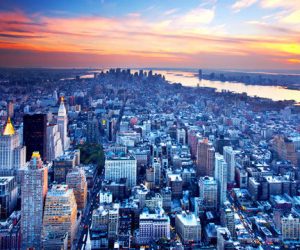 -New York is an extremely lively and welcoming city if you are looking to start a business. It is bustling with start-ups in fashion, food, publishing, arts as well as technology. There are all sorts of businesses in New York and this offers you an opportunity to try out the crazy business idea that you have.

-New York has a vibrant single dating scene. According to Forbes Magazine, New York is the most accommodating city for singles to meet and mingle. This is true for both men and women looking for a new dating experience.

-If you are looking for that metropolitan feel, then New York is the city for you. The city never goes to sleep, restaurants open until late and the nightlife is feverish. Moreover, if you are very social and looking to make international connections, in New York you will people from all nationalities.

When moving to NY you will have plenty of choices to make about where you want to live. Fort Green and Caroll Green in Brooklyn are safe, cheap and easily accessible by transit or bus. The Upper East Side and Riverdale have medium sized apartments that are ideal for small families and individuals, while larger families may settle well in the bigger town houses in Upper West Side and Greenpoint. Your choice of neighborhood will vary depending on your budget and preference.