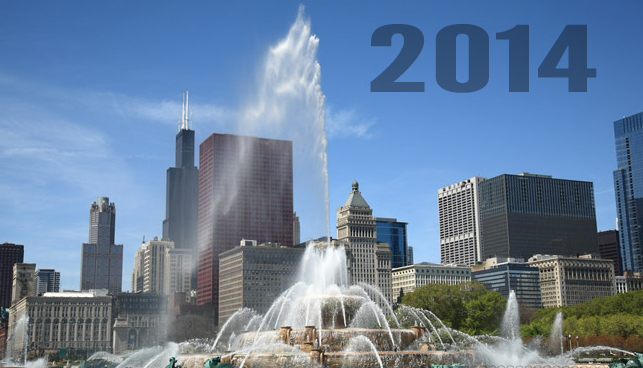 Americans move pretty often around the country, either in search of lucrative new job opportunities or due to family issues as well as other reasons. While many of the people out there usually stay in their own counties for the duration of their entire life, a whole lot more manage to travel and begin a new life in their new destination. The following list of cities denotes the most sought-after locations around the United States based on census data from the US Census Bureau:

Sarasota, FL
Home to the lovely Siesta Key Beach and located along the Florida Gulf Coast, this city has a lot more to offer than great sands and a beautiful ocean. You can find amazing restaurants, boat rides and tours of the area as well as the community itself. The sale price of homes varies, however it is somewhere around a $165,000 as a mid-level price. This allows for affordable housing for mid-income families and individuals.

Seattle, WA
Although not quite as sunny and warm as Florida, Seattle has truly breathtaking views around its mountain and coast. Apart from its iconic Space Needle you can find great local food and pretty mild weather considering its northern location. Homes around Seattle cost quite a bit more than our previous example, up to and more than $350,000, however they also offer a lot of great opportunities to live in a place that has varied and unusual housing options.

Charlotte, NC
Charlotte is an important business and financial center with many corporations having headquarters here. There is a reason why its nickname is “The Queen City”, as it is home to a lot more than corporations, but also many urban attractions, golf courses and more. Homes here average around $160,000 and up for those seeking to purchase them.

Houston, TX
Winters around Texas are pretty mild at best, so you can expect some great temperatures all year round. If you like the great hospitality of the Sough, hot and arid summers as well as employment chances and cheaper housing somewhere around a $125,000 you will love Houston. Its shops, restaurants and culture are a great thing to explore for anyone visiting the area.

Denver, CO
A wonderful mix of mountain living and great mountains around it, Denver is not too far from the Rockies. A place where one may enjoy snowboarding, skiing and biking alongside a chance to work in its generally mild and nice weather. Winters however have their days as well, so you will need to stay warm there, unlike our previous example. The homes here average around $230,000 and up for those willing to purchase.

Orlando, FL
Known as the home of Disney World, Orlando has a a lot more to offer as well. As one of the most well-known cities for tourism around Florida, it offers fishing and boating, golfing and other opportunities for those willing to explore them. One of the greatest reasons why one could enjoy living in this city is its low housing costs, going around $115,000 and more, which is absolutely amazing for a city of this size.

Chicago, IL
Another iconic US city, Chicago has a rich and interesting local cultural scene as well as a great mixture of local and foreign cuisines. Its neighborhoods are varied, connected by a great public transit system and offering affordable housing at around $190,000 and up.

Dallas, TX
Known for its reasonable, even cheap housing costs at around the $60,000 sale mark as well as its nice, warm weather, Dallas has a lot to offer to migrating Americans. The typically Texan-style experiences such as local rodeos, the Texas Motor Speedway and the Six Flags Over Texs amusement park are all worth checking out. The food and local night life are also not to be missed by anyone willing to live in the area.

Phoenix, AZ
Located in the sunny state of Arizona, Phoenix has a great average temperature of 70ºF during the month of February still. The climate is mostly arid, so don’t expect rains with great heat waves rising up to and above a 100ºF with cooler and more pleasant nights. There are great opportunities for hiking, kayaking, biking and other sports during the winter and spring months. The housing here averages around a $130,000 mark at relatively reasonable rates.

Atlanta, GA
The city of Atlanta has been a top destination for moving for quite a few years in a row over the last decade, partially due to its great weather, combined with a unique culture and great local cuisine. The largest aquarium in the world is located here as well as a high in demand, but affordable housing at an average of a $200,000 mark and up.