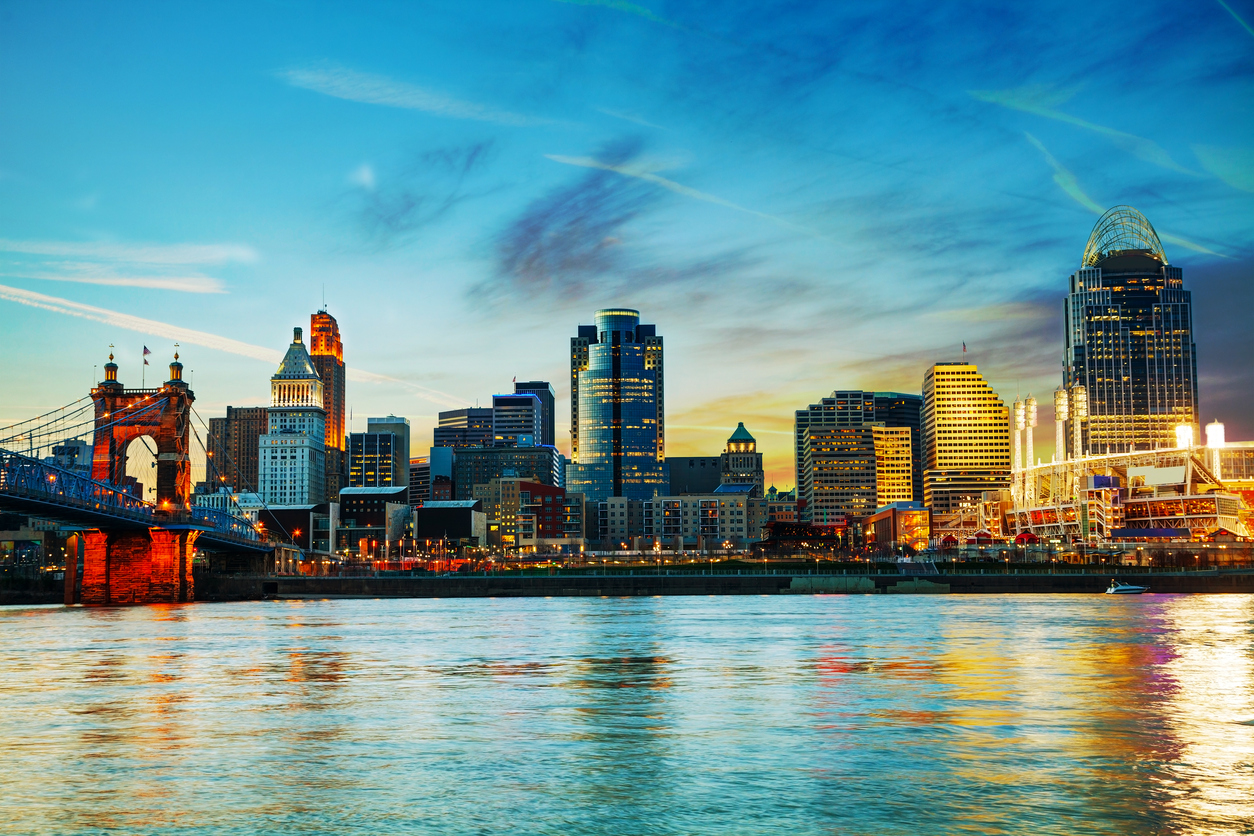 What You Need to Know Before Moving to Cincinnati

Nicknamed the Queen City, Cincinnati was founded by European Americans in 1778.

It’s the third largest city in Ohio, and it’s a great place to call home as it has much to offer its residents of all ages.

If you’re considering moving to Cincinnati, Ohio, here are some things you should know:

Nearly 300,000 people call Cincinnati home, and the city has seen a growth over the last three years. The median age of residents is 32.5 years, and 35 percent of residents are married. When it comes to education, 25.7 percent hold a bachelor’s degree, and the median household income is $37,067.

In 2013, the city saw a rise in residential real estate purchases, and the following two years maintained that momentum. Through the third quarter of 2016, statistics showed an increase of 5.9 percent in the number of homes sold during the same period in 2015. The average sale price is $197,444, though inventory is currently low.

The City of Cincinnati has 52 neighborhoods and there are more than 200 in the greater tri-state area. As you search for homes, some of the neighborhoods you may want to explore include Blue Ash, Glendale, Hyde Park, and Over-the-Rhine.

Cincinnati Public Schools is the third largest district in Ohio based on enrollment. It offers gifted classes, military outreach, and credit flexibility, as well as the language program Rosetta Stone. This free online program is available to staff, students, and parents.

Founded in 1819, the University of Cincinnati is a public research university that has been named among the “Top Tier of Best National Universities” by U.S. News & World Report. It offers a variety of programs such as Medical Records Technician, Economics, Theatre, and Engineering.

There are a variety of things to do in Cincinnati such as:

This zoo opened in 1875, making it the second oldest zoo in the country. Spread out over seventy acres are several exhibits such as Kroger Lords of the Arctic, Wildlife Canyon, and Manatee Springs.

Commonly regarded as the “Birthplace of American Astronomy,” the Cincinnati Observatory sits atop Mt. Lookout, and it’s where President John Quincy Adams gave his last public speech in 1843. Its mission is to maintain the integrity and heritage of a 19th century observatory while promoting the study and practice of 21st century astronomy and science.

This museum welcomes thousands of visitors every year who enjoy learning about the team’s history. Exhibits include The Front Office, Hall of Records, and Glory Days.

Cincinnati has several great eateries whether you want a vegetarian dish or spicy Asian cuisine. They include:

At Dewey’s, you will find a variety of pizza options and a laid-back environment. Choices include Killer Veggie, Hawaiian, and Southwest Chicken BBQ.

At Pho Lang Tang, you can enjoy the flavors of Asia without having to leave Cincinnati. Menu options include Pho Bo, Banh Mi Sandwiches, and Bo Kho.

If you can choose when to relocate to Cincinnati, the spring and fall months are best as the temperatures are often more comfortable than those in the winter and summer.

When you’re ready to move to Cincinnati, please contact us. We’ll help you find a moving company that specializes in long distance and cross county moving so your relocation goes as smoothly as possible.