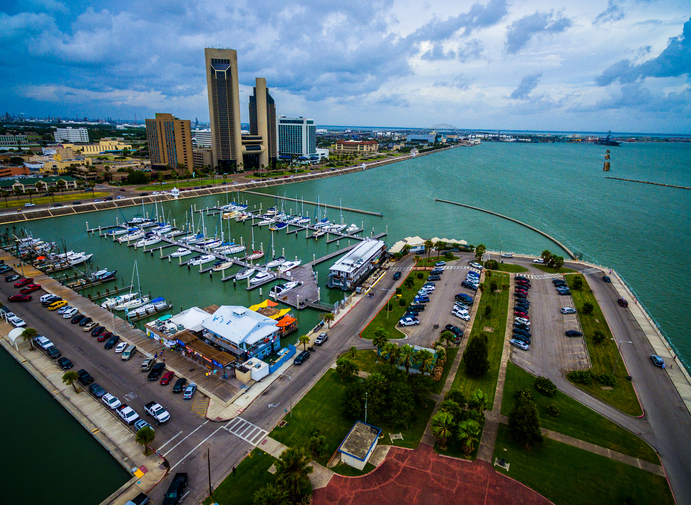 It is the second most popular vacation spot in Texas, and more than 300,000 people call the city home.

If you are relocating to Corpus Christi, here are some things you may want to know:

The median age of residents is 34.6 years, and females outnumber males by almost three percent. The mean travel to work time is 18.6 minutes, and in 2015, the median income was 50,658.

Corpus Christi ranked #120 on Forbes’ Best Places for Business and Careers list in 2016, and the city’s major industries are tourism, energy, and defense. The projected annual job growth is 1.7 percent, while the unemployment rate 5.6 percent.

The city’s housing market is one of the hottest in the nation, and the median listing price is $200,000. Appreciation is nearly triple that of the national average, and the rate has helped prices grow for the past three years.

There are several neighborhoods in Corpus Christi, such as:

Bay Area – Named for its proximity to Corpus Christi Bay, this neighborhood is perfect for both singles and families. Residents enjoy a closeness to shops and an array of attractions such as the USS Lexington Museum.

Calallen – Located approximately fifteen miles from downtown Corpus Christi, the Calallen neighborhood is mainly made up of middle class families with school aged children. Home prices tend to range between $170,000 and $250,000.

Downtown – In downtown Corpus Christi, both singles and families reside within its boundaries. It’s great for those who like to live a more fast-paced lifestyle, and apartments usually range from $1,200 to $2,000 per month, while homes sell for around $200,000.

Texas A&M University – Corpus Christi – This university is the only one in the United States located on its own island. There are palm tree-lined pathways, a university beach, and a scenic hiking & biking trail. The university enrolls more than 11,500 students, and offers more than eighty of the most popular degree programs in Texas.

There are plenty of great places to eat while calling Corpus Christi home, such as:

Andy’s Country Kitchen – This down-home country-style restaurant specializes in Southern comfort food. The servers are very attentive and they know their regulars’ names. On the menu, you will find meals such as Eggs Benedict, Country Fried Steak, and Southern Fried Chicken Strips.

Blackbeard’s on the Beach – Since 1991, Blackbeard’s has offered seafood, steaks, and comfort food. The restaurant is easy to find as it’s housed in a bright purple building that is one of the oldest structures still standing on North Beach. The menu includes Chicken Sandwiches, Blackbeard’s Own Burger, and Fried Catfish.

Kiko’s Mexican Food – For thirty years, Kiko’s has been known for its delicious Mexican cuisine. The staff strives to provide friendly service and quality meals made from recipes handed down from generation to generation. Its menu has been voted “Best of the Best” for the past twelve years, and options include Chicken Enchiladas, Chalupas Del Mar, and Carne Asada.

Residents of Corpus Christi are never bored as the city offers attractions such as:

Bayfront Park – As one of the city’s newest parks, it features an interactive fountain, wind turbines, and a food court.

When you’re ready to relocate to Corpus Christi, please contact us. We’ll help you find the right movers for the job.