Seven Tips to Share After Moving Across The Country 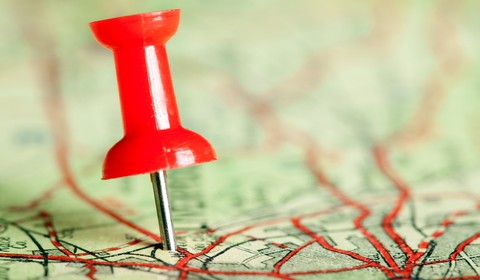 Moving across the cross country can not only be fraught with anxiety, but can also be extremely difficult to manage from a logistical standpoint. By the time you finally get to the new destination that you will be calling home, you can be in such a state of tension and end up making basic mistakes you would normally never make. Thankfully, the task of moving to a new state thousands of miles away doesn’t have to be as difficult and stress inducing as it is for many people. Let me share with you the lessons I learned after recently conducting my own cross country move all the way from Colorado to Washington.

My Story And How It Can Help You

The preparation for my big move took the best part of a month to get completed. Having never undertaken such a big personal move before, I was met with surprises and had to adapt in order to deal with the realities of the big task, which was a bigger and harder task than I imagined it would be. Fortunately, after successfully completing my long distance move I feel that I learned a lot from the experience and am able to share my tips for dealing with both the practical logistics and the emotional aspects involved. Hopefully these will prove helpful to you and make it all go a little more smoothly!

It Can Be Hard To Know Where To Move To! 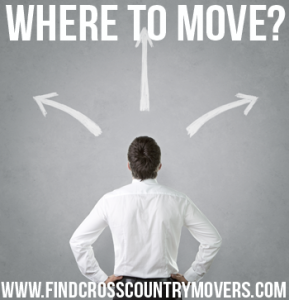 If you find yourself in the position that I found myself in, which is to say that I positively decided it was time for me to move to a different city, rather than having to move to a particular city for a job I’d applied for or been assigned to, then you’ll quickly discover just how many options you have. Normally options are a good thing, however sometimes too much of a good thing can be overwhelming.

Firstly, you have to decide which city to move to and then you have to narrow it down to specific neighborhoods where you’d be happy to live. Fortunately, it’s now possible to find out almost everything you need to know about a place just by using Google for a couple hours on your laptop or tablet. This allows you to find out information about the job market, housing costs, entertainment, the general culture of the city and a bunch of other useful things which are helpful to know about a place.

Once you’ve chosen a city be sure to use a site like Yelp to get a good of what the area is like street by street. After you’ve settled on a neighborhood within a city that you want to move to it’s then time to set a date on the move. If you have any flexibility in your schedule, then you should move at a time other than the summer months. Generally speaking, a higher percentage of people want to move in the summer which forces the price up on everything moving-related. Pick another time of the year and you can save a fair amount. Also getting multiple moving quotes from a reputable website online can save you the hassle of contacting companies one by one.

You’ll Need To Deal With All Your Stuff 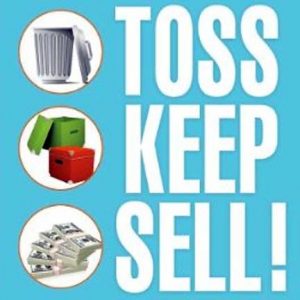 Over the years you end up accumulating tons of stuff, a lot of which you never use. When moving across the country you basically have to decide whether you want to transport stuff or sell it (or give it away) before leaving. A good strategy is to do a bit of both. Give yourself a clear weekend to go through all the stuff you currently have and decide what’s to be shipped and what’s to be sold. Once you’ve decided what you’re going to sell, two great places to start selling it off quickly are Craigslist and eBay. Selling things can be a little bit of a hassle, but a huge bonus is you generally raise more money than you would expect to. This can give you a nice amount of cash to pay for renting a truck and the gas you’ll need to transport it all cross-country.

Sorting Out A Rental From Afar Is Tricky

This part surprised me as I genuinely thought that in today’s internet world it would be easy to rent an apartment in Washington from the comfort of my sofa in Colorado. As it turned out it was actually quite tricky. A problematic aspect is the whole deal with putting down a deposit on a place which you haven’t yet seen in person. Obviously, nearby you would always want to see an apartment first before you put down any money. However, with the distance involved this can be hard to get landlords to agree to. In the end I found a workaround which involved staying at a friend’s house for a few days to check apartments and neighborhoods out until I felt comfortable putting down a deposit. If you don’t have friends or family to stay with, then consider taking a hotel or Airbnb for a few days.

Dealing With Appointments Can Be Crazy At First

Moving to a completely new places is like living in a whirlwind for the first few days when you get there. You need to meet with landlords, register with a doctor, dentist, meet new friends, workmates and employers. This all happens at breakneck speed and it can be easy to miss an important engagement. To avoid this happening, make sure you get a good calendar app to help you manage your schedule and be able to easily slot in new appointments as and when they appear. 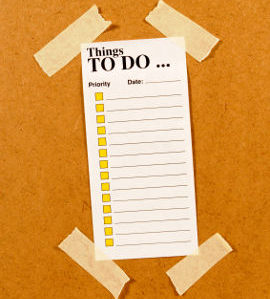 With so much going on it can be easy to lose sight of what’s important and forget to get vital tasks done. Remove this possibility by making a to-do-list every day to keep you on track. Everyday in the build-up to moving cross-country right up until it was completed successfully I made a new to-do-list every morning and stuck to it. You can use an App such as Wunderlist if you like keeping things digital. I relied on using a small piece of paper with the key tasks written down in order and always kept it in my pocket.

I Found It Incredibly Stressful To Move Cross-Country

Sometimes it’s better to acknowledge a problem rather than pretend it isn’t there. Moving long distance caused me a lot of anxiety and I didn’t always find it easy to cope with. A couple of times I had a minor breakdown where I needed to remove myself from the stressful situation and take some time to breath. One of these was when I was told that some of my stuff, which I’d chosen to ship, was going to be delayed in getting there by two days. That sucked and made an already difficult day even more trying. I learned to cope with the stress by listening to some meditation apps on my phone and making sure I got plenty of sleep. I tell you this not to discourage you from moving. Rather I just want you to know that moving can be stressful and you should be prepared to deal with it.

Get On The Ground To Really Know The Place

A key thing I learned was that getting my feet on the ground and walking around the area got me acquainted with the neighborhood I’d moved into far better than travelling by car ever would have done. You really gain a much better feel for an area when you go through it on foot compared with passing by it in a car. Even if you’re going to rely on your car most of the time, it’s still a good idea to go for a good walk in the area to get to know the area better.

It can be hard moving cross-country. However, it has been so worthwhile for me and I don’t regret it all. Hopefully the lessons I’ve learned will help you cope better with moving and make it a better, less-stressful experience. Good luck!