How to Live in Nashville, TN if You’re Not a Country Music Fan 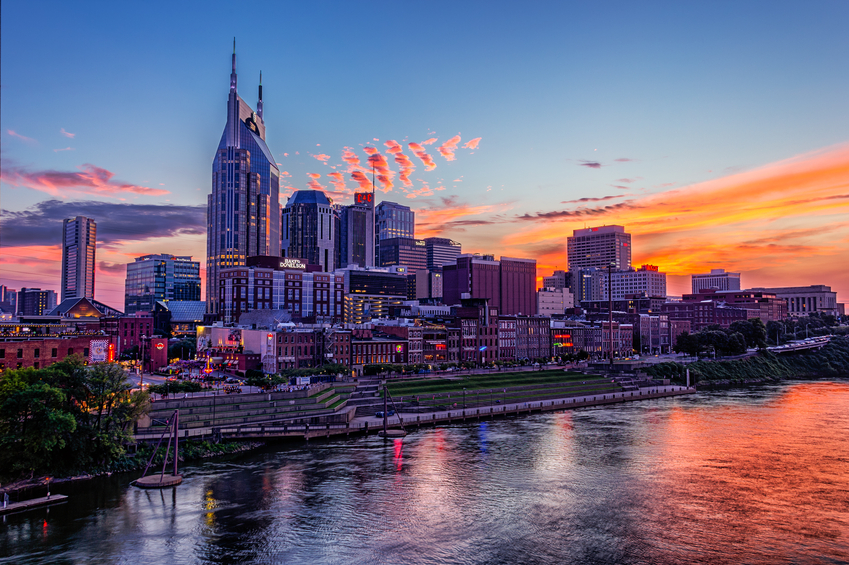 Moving to Nashville? Moving to guides tend to concentrate on areas of interest, history of the area, infrastructure and commute times. They tell you where to find the best shopping (in Nashville that would be The Avenue Murfreesboro, The Factory at Franklin and Opry Mills Outlet), dining (you would need to check out Arnold’s Country Kitchen, The Stillery and The Palm) in addition to attractions (we’ll get to that later). However, in such guides you won’t find how to live in Nashville if you live and breathe rock and roll. You’ll be pleasantly surprised by your move to Nashville, when you find great places that host rock bands.

Nashville wasn’t always Music City USA or The Country Music Capital of the World. Once upon a time in a galaxy far far away, Jimi Hendrix lived and learned his craft in Nashville. The Nashville of the mid-20th century was a mix of big band, fledgling rock and roll, jazz, blues and folk music genres. Hendrix played most of it in the bars and venues of the city. Rock and roll, though, really got its start with a then little-known fella named Elvis Presley, who recorded a minor little tune called “Heartbreak Hotel” in Nashville, along with a guy named Gene Vincent, who recorded a song called “Be-Bop-a-Lula”. And that, boys and girls, is how rock and roll founded Nashville.

RCA Records and Columbia Records established major studios in Nashville, hosting the likes of Bob Dylan, who recorded there in the mid-60s. The Municipal Auditorium and the major studios were home at that time to not only Dylan, but Simon and Garfunkel, Paul McCartney and Ringo Starr, Peter Paul and Mary, Manhattan Transfer and the Byrds. Nashville at that time was about a style. Each performer perfected his style in Nashville, which is where modern folk music as well as rock and roll evolved. Today, Nashville enjoys shows by The Moody Blues, Bob Seger, Molly Hatchet and Rush. Rock and roll is far from dead in Nashville.

But Where Can I Hear It?

While your family is planning how to get to work on the Briley Parkway, I-40, I-65 and I-24, you’ll be planning how to get to the venues featuring live bands. The Municipal Auditorium, The Ryman Auditorium and The Tennessee Performing Arts Center are all downtown and feature full-on rock concerts. However, during the week and on weekends when no major bands appear in these venues, there are still plenty of places to hear good rock music:

If you want to hang out with professionals and college students, then you’d be in the right place at Tin Roof (615)313-7103), where the liquids and music are of the best.
If you prefer a more laid-back, bohemian atmosphere, then you’d be right at home at Mercy Lounge (615-251-3020). Retro gaming equipment, comfortable couches and curved bars make this venue a little less formal than other venues. It’s just as old as the Ryman and the Opry and has hosted many big name performers in its time.
Throwdown Rock Bar (128-A 2nd Avenue North). Self-explanatory.
The Basement at 1604 8th Avenue South has seen big names, up-and-coming names as well as local bands wow ‘em.
The Exit/Inn has also known famous bands as well as local performers and about-to-make-it-big names. It, too, has a history that you will want to check out (615-321-3340).
Bonus: The heart of the Nashville music scene is Broadway. Yes, there’s a boatload of country music to be found there, but rock music has its place as well on this most famous of streets. Walk from bar to bar and venue to venue checking out the different sounds and styles. One or more of them is sure to capture your fancy.

Most everyone knows about Centennial Park and the Parthenon, the replica of a classical Greek museum, with its island hosting a fighter plane, lovely grounds and its band shell, in which groups of all types play on Sunday afternoons. And most folks love to go on the tours featuring ante-bellum houses with their history and beauty. A tour of Fort Nashborough is absolutely imperative if you are going to live in the city. However, history isn’t all there is to Nashville. For instance, the Cumberland River flows through parts of the city, highlighting some of its more interesting history. Paddle-wheelers take tourists along the river, explaining the town’s beginnings. There’s a lot of beauty to be seen aside from the history of the town:

Are you a water freak and own dozens of water craft? The Harpeth River winds in and around the city. Go tubing on a sunny day and have some fun!
Nashville and Clarksville are good places to go hang-gliding, if the air is more home to you than water. Also check out Music City Zip-lines
Rent a bike or take your own on a tour of the green spaces in the city. There’s up to 500 square miles of Nashville with which to become acquainted
Prefer clubs and balls? Nashville is chock full of golf clubs with the most perfect greenways you ever saw!
Moving to guides only tell you the basics. You can count on us to give you the real nitty-gritty about your chosen city. When you need the best movers ever, give us a call or contact us to learn more.