5 Reasons to Move Your Family to San Francisco

5 Reasons to Move Your Family Cross Country to San Francisco 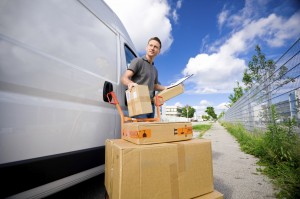 San Francisco is one of the largest metropolitan areas in California, having a beautiful and diverse natural landscape, being one of the most popular places to live on the west coast. San Francisco is a city that has many things one can experience, see and do as the city hides much you may not have ever heard of. Moving to the city with kids in tow will actually allow you to let them enjoy many of the local attractions, great food and views unlike many other places around the US. Other than the being a place that has good weather year round, the bay offers a culture that is very free spirited and forward thinking, with great opportunities for many different professions. There are a few things you have to take into account before you move in however, and this article will do its best to cover just a few of them:

• Seward Street Slides
These are something not only kids enjoy in Noe Valley, but adults too. Long concrete slides built over 35 years ago thanks to the desires of the locals to save some green space here. Now we have the Seward Street mini-park which was built on a designs created by children, slides included. Come by here and enjoy some good time with your kids if you’re in the neighborhood, just remember they are officially closed after 5 PM each day.

• Alcatraz Island
A legendary prison located on Alcatraz Island in the middle of the bay of San Francisco, it is a location filled with history. There are official tours of the facilities and the island being organized and green-lighted by the government, and thanks to the prison being decommissioned since March 21, 1963 by order of Robert. F. Kennedy we can now explore its depths and halls.

• The Cliff House
Located in the Golden Gate National Recreation, it offers breathtaking views of the Ocean Beach area and an amazingly well-preserved Victorian-era architecture and style. It has had several incarnations throughout history, as the original building was open way back in 1896 and has been destroyed by an earthquake in 1906, which brought down much of the city of San Francisco. The building was rebuilt and then, tragically burned to the ground in 1907 during a kitchen fire. That didn’t stop people however and it was rebuilt again and today it serves as a restaurant, perched atop the cliffs like something out of a fairy tale.

• Six Flags Marine World
Part of the Six Flags chain of amusement parks, the Marine World offers a high-quality experience, located in the nearby Vallejo, California. It is a combination of three parks: wildlife, the Oceanarium and an amusement area which offers some nice and thrilling rides. If you want to enjoy a great time checking out local and foreign species as well as some fun times on a roller coaster, this is the place for you and your kids.

• The Musée Mécanique
Located on Pier 45 in the Fisherman’s Wharf, this museum of old technology offers great insight into many interesting exhibits, such as old-school music boxes and even modern day arcade games. You can show your kids what the past of games looked like and what you played when you were a kid. There are many other things in the hotel, boasting over 300 machines and items of various days and ages which are in working condition and even playable. The collection dates back to 1933, started by the late Edward Zelinsky who began working on his collection when he was 11 years old.

Here are a few good sources to find more information.